Hello, fellow noobs. Hope you're doing well. I have a few extra shaders I had wanted to get out to you earlier but couldn't because they weren't complete or they were a bit off-track. I have some more extras I want to add but here's a few for now. I had wanted to do a multiple lights + alpha shader but it turned out to be a little trickier than I anticipated. I finally got it, though. Haven't tried this out in various situations but I doubt there will be any problem using this for what

A while back I wrote enthusiastically about Basis Universal super compression. KTX2 is a texture file format from Khronos, makers of the Vulkan and glTF specifications. Like DDS files, KTX2 can store multiple mipmaps, as well as memory-compressed texture formats like DXT5 and BC7. However, KTX2 now supports Basis compressed data as well, which makes it the all-in-one universal texture format. glTF has an official extension for KTX2 textures in glTF files, so it can be combined with Draco mesh co

Google Draco is a library that aims to do for mesh data what MP3 and OGG did for music. It does not reduce memory usage once a mesh is loaded, but it could reduce file sizes and improve download times. Although mesh data does not tend to use much disk space, I am always interested in optimization. Furthermore, some of the NASA models I work with are very high-poly, and do take up significant disk space. Google offers a very compelling chart showing a compression ratio of about 95%: Ho

The glTF importer took a very long time to develop, but it much easier to write a glTF save routine. In one day I got an exporter working with support for everything except skinning and animation. To save a model in glTF format, just call Model::Save("mymodel.gltf") and it will work! Entire scenes can also be saved in glTF format.Here is a model that was loaded from Leadwerks MDL, MAT, and TEX files and saved as glTF. The textures are converted to PNG files. (Microsoft has an official extension

Since I started doing shaders I've begun to stare a lot at things. I stare at the ground. I stare at walls. I stare at rocks...and when autumn hit I started staring at fog...puddles....mud... This week I've been working on puddles and fog in keeping with that spooky October/November vibe. I worked out a pretty good mud puddle shader which I'll post next but I figured this one is done and I've tweaked the **** out of it so I need to stop at some point and know when it's done. This shader is made

In Leadwerks, required files were always a slightly awkward issue. The engine requires a BFN texture and a folder of shaders, in order to display anything. One of my goals is to make the Ultra Engine editor flexible enough to work with any game. It should be able to load the folder of an existing game, even if it doesn't use Ultra Engine, and display all the models and scenes with some accuracy. Of course the Quake game directory isn't going to include a bunch of Ultra Engine shaders, so what to

A few years ago, some folks at NASA asked for my help with some VR projects they were working on. They had switched to Leadwerks and were getting better performance with that, but it still wasn't fast enough for what they were trying to do. I flew from California out to Goddard Space Flight Center to meet with them. When I saw what NASA was doing with my software, my jaw hit the floor. Goddard Space Flight Center Rendering performance in VR is critical because if the framerate dr

The new editor is being designed to be flexible enough to work with any game, so it can be used for modding as well as game development with our new 3D engine. Each project has configurable settings that can be used to handle what the editor actually does when you run the game. In the case of a game like Quake, this will involve running a few executables to first compile the map you are working on into a BSP structure, then perform lightmaps and pre-calculate visibility. You can also

Many games store 3D models, textures, and other game files in some type of compressed package format. These can be anything from a simple ZIP file to a custom multi-file archive system. This has the benefit of making the install size of the game smaller, and can prevent users from accessing the raw files. Often times undocumented proprietary file formats are used to optimize loading time, although with DDS and glTF this is not such a problem anymore. Leadwerks uses built-in support for encr

At last I have been able to work the plugin system into the new editor and realize my dreams. The editor automatically detects supported file formats and generates thumbnails for them. (Thumbnails are currently compatible with the Leadwerks system, so Leadwerks can read these thumbnail files and vice-versa.) If no support for a file format is found, the program just defaults to the whatever icon or thumbnail Windows shows. The options dialog includes a tab where you can examine each pl

A First Look at the New Editor

I've been wracking my brain trying to decide what I want to show at the upcoming conference, and decided I should get the new editor in a semi-workable state. I started laying out the interface two days ago. To my surprise, the whole process went very fast and I discovered some cool design features along the way. With the freedom and control I have with the new user interface system, I was able to make the side panel extend all the way to the top and bottom of the window client area. This g

Ultra App Kit 1.2 is now available on our site and on Steam. This is a bug fix update that resolves numerous small issues reported in the bug reports forum. To download the latest version, see My Purchases.

One of my goals in Ultra Engine is to avoid "black box" file formats and leave all game assets in common file formats that can be easily read in a variety of programs. For this reason, I put a lot of effort into the Pixmap class and the DDS load and save capabilities. In Ultra Engine animated textures can be stored in a volume texture. To play the animation, the W component of the UVW texcoord is scrolled. The fragment shader will sample the volume texture between the nearest two slices on

Back in the summer of 2017, I started experimenting with the idea of a puzzle game by placing launch pads on surfaces. The first build was very sloppy, and there wasn't any wall launching at this time. This build however was the first step of the experimenting process. Only one map was ever made and I just reused old Vectronic assets.    I shelved this concept until Winter of 2020 asI developed an itch to work on something and I wanted to get familiar with GIMP. This build again 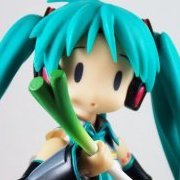 Ok so I didn't quite do one shader a week but I got to 52. I wasn't sure I could pull it off but hopefully the shaders are diverse enough to give something to work with for most occasions. I tried to keep the language consistent throughout and organize them sort of from easy to hard. I threw in all kinds of links because I don't know a lot of the technical terminology. I don't know how Ultra is going to be but I get the impression it's not going to be too much different. From what I understand,

According to learnopengl.com PBR - or physically based rendering - is "...a collection of render techniques that are more or less based on the same underlying theory that more closely matches that of the physical world...[it] aims to mimic light in a physically plausible way...[and] generally looks more realistic compared to our original lighting algorithms like Phong an Blinn-Phong...PBR is still nonetheless an approximation of reality...which is why it's not called physical shading, but physic

Vulkan on Mac with MoltenVK

When it comes to complex projects I like to focus on whatever area of technology causes me the most uncertainty or worry. Start with the big problems, solve those, and as you continue development the work gets easier and easier. I decided at this stage I really wanted to see how well Vulkan graphics work on Mac computers. Vulkan doesn't run natively on Mac, but gets run through a translation library called MoltenVK. How well does MoltenVK actually work? There was only one way to find out...

So we went through a lot of fragment shaders. Did some vertex displacement. Went through tessellation. Now, some geometry. I don't have much to say about it. Just keep poking at it with a proverbial stick and eventually situations start to look familiar and you know what to do because it's similar to stuff you've encountered before. It does seem to me that there's not a lot of variety in geometry shaders. There's a bit, though. Enough to make it interesting. But grab these shaders and you'll hav

If you liked vertex displacement, you're going to love tessellation. Tessellation is very similar, but incorporates the control and evaluation stages of the shader. The Leadwerks box brush creates a box that has two triangles per face. If you want to use some kind of vertex displacement on it you're going to have a bad time. With tessellation it's different because you are able to subdivide the faces with the shader, so you can use the shader to create more structurally complex models. The contr

Note: In my last post shaders 36 and 37 weren't working correctly so I replaced them. If you got the old ones you can throw those out and re-download the new ones on the same links. These shaders are based on the Leadwerks soft  particle shader, which I was directed to by Marcousik, and which I noobalyzed into a model shader. What the soft particle shader does is create a soft falloff in opacity depending on how close objects are behind it. To clarify, imagine looking down at a water plane,

Hi,  I finally managed to build a first release candidate for a SyntaxEditor-Widget. The Widget is using the famous Scintilla TextEditor-Component under the hood and wraps the control into a UAK-Widget.  At this point i only provide binaries (includes and libraries) but i am currently preparing to release the source as well.  The source itself is semi-autogenerated with a manual created body and a tool which generates the main part of the Scintilla-Component based of so called iFace fi 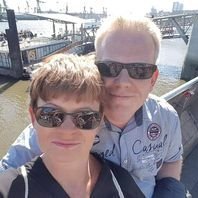 Ultra App Kit 1.1 is now available on our website and on Steam. This free update brings cross-platform development to our fast resolution-independent GUI toolkit. To download the new installers, click on your account purchases. In addition to Windows, Mac and Linux are now supported, which means you can code once and compile everywhere to easily create cross-platform GUI applications. Builds on Linux use minimal dependencies and will work on virtually any distro without any additional

Simplistically speaking, you could think of the vertex stage of a shader as the "position" of the object, and the fragment stage as the "color." All you really need is position and color. Vertex displacement manipulates the position to warp or move the object. There are many ways to do it but the whole trick revolves around the ex_vertexposition. You may notice in every model shader you have these two lines in the vertex stage:    ex_vertexposition = entitymatrix_ * vec4(vertex_position,1.0