I created a test of 1000 animated crawler models to see how the performance of Vulkan stacks up against our older OpenGL renderer. Here it is in OpenGL running at 37 FPS, which is pretty respectable considering how many animations are playing (and about 4 million polygons). 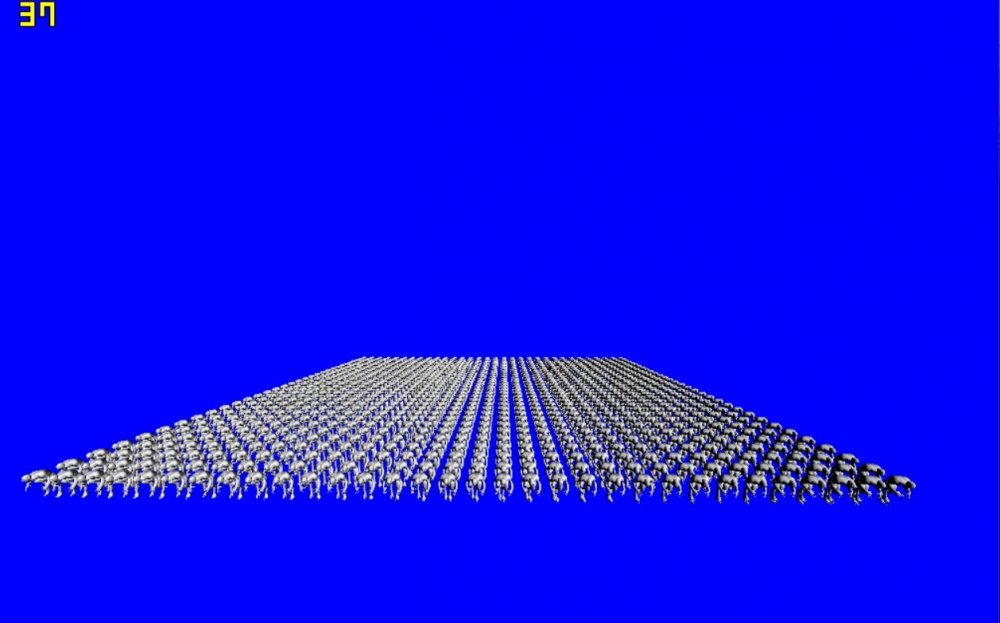 With Vulkan the same test yields a framerate of 66 FPS, 78% faster than the OpenGL version.

Here is a video of the characters animating. Each skeleton is its own unique animation system, there are no shared skeletons in this demo.