I have decided that as and when I make an emitter for a specific purpose, I will now create its own editor entity to save time by not having to create the exact same settings over and over. Also not every setting available needs to be adjusted so I will now re-write the properties to reflect what they effect and remove the ones not requiring adjusting for a particular effect and simply hard code them into the script. 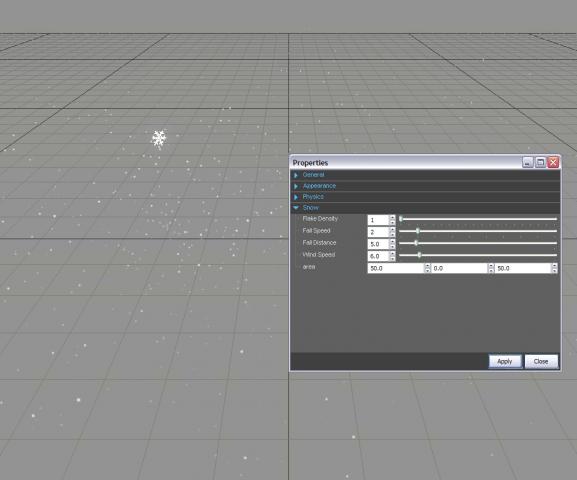 This sort of came about when thinking about trying to get weather effects into the editor and eventually into an app. This is one I did for snow. It's a simple emitter used to create a localised snow effect in the Leadwerks Editor, using a custom .dds file for the snow flake created in Paint.NET