After three weeks of work, Pre-Alpha v1.1 is ready.

The terrain has seen some behind the scenes improvements with speed as well as visual improvements to geometry and texturing.  When I manage to get Texture Arrays working I will be able to finish of the new texturing shader that will include Tessellation and over 16 different texture maps as well as various masks that will paint according to erosion and forest locations. 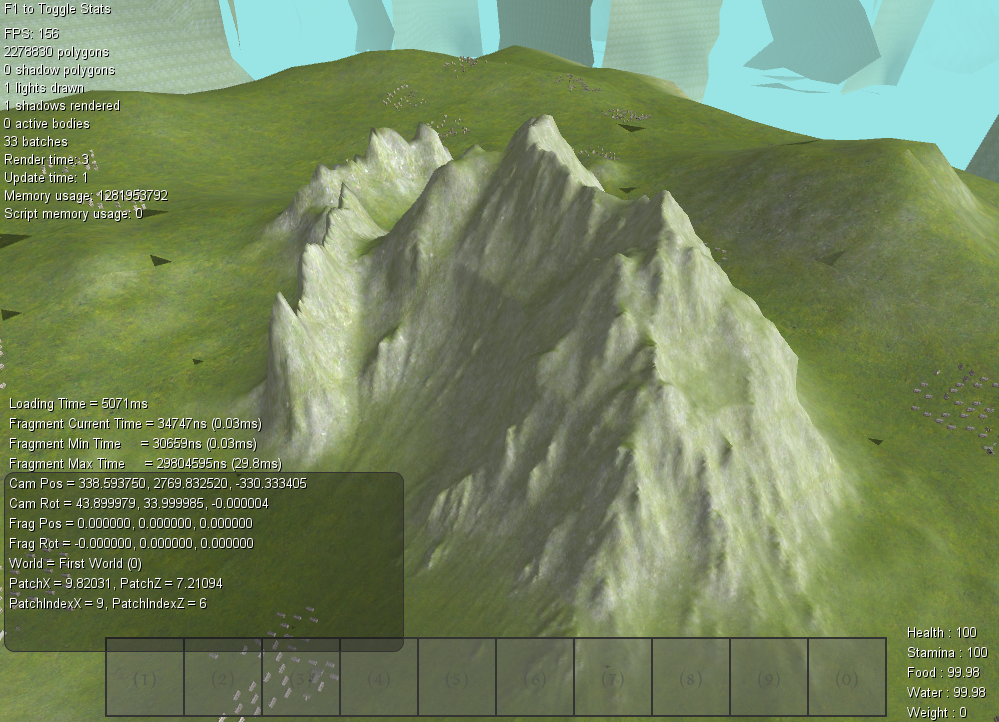 An image of one of the mountains randomly placed in the First World, textured with two 4k textures.  The way the generator works is there is a predefined list of terrain features, like mountains, rivers and valleys.  Based on a low resolution base map which is unique for each fragment, these features are placed at different scales, positions and rotations.  They will also merge with one another to provide enough variation that it will be hard to see any similarities.

At the moment though there are not enough maps to make this unnoticeable. 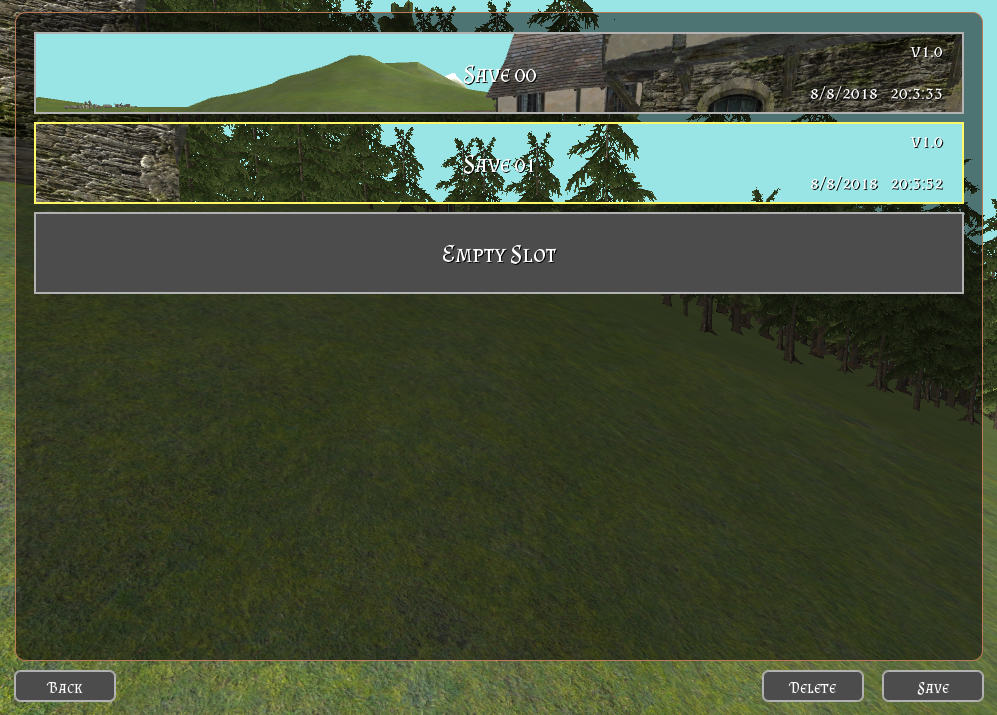 I have now implemented the ability to save and load a game.  Currently the only states that are saved are the players position, stats and inventory.

Each slot shows the date and time that it was saved on as well as the save name and version number.  Slots can be deleted and overwritten.  The version number will change over the course of the updates, but the ability to load older versions will always be available.  And to save a new game, click the empty slot then click save.

Now that this mechanic is done I can work on more game play.

The next step is to improve the blacksmith and general store.  These two places will be the first to provide work opportunities for the player.  These opportunities will improve skill and eventually allow you to buy and use crafting equipment outside of the towns.

I will also be implementing some other mercenary characters and animals to hunt.  The mercenaries will just offer some fun conflict to begin with and the animals will offer another source of income.  I hope to have a deer and wolf done by the next update in a few weeks.

The full change log is packaged with the game, here.