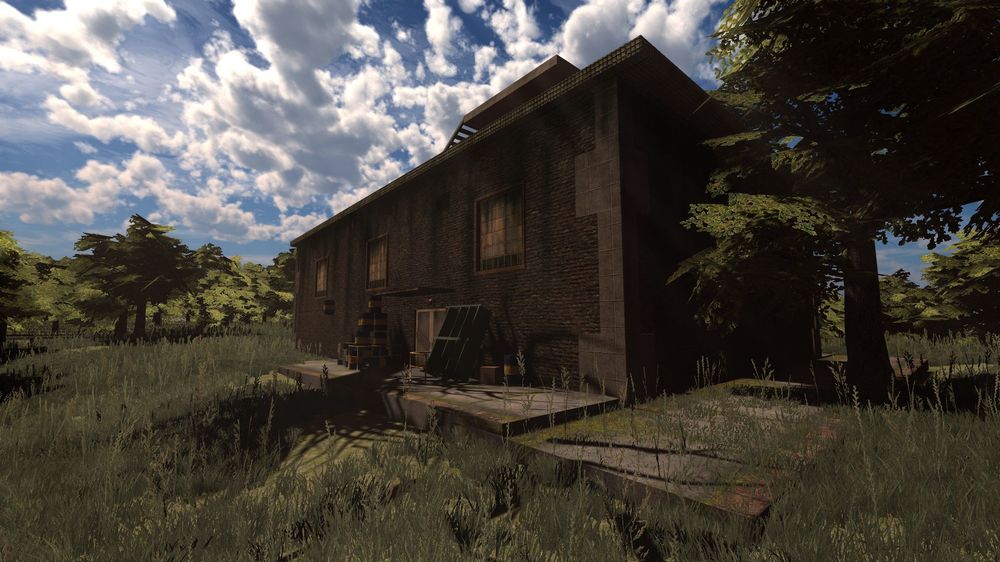 Starting out a new work log here with a screenshot from my new project. Except for a few models this is entirely created with Leadwerks' Constructive Solid Geometry tools, using textures from Game Textures and terrain generated by L3DT.

WorldSmith is a very ambitious First Person Role Playing Game. I am essentially obsessed with a particular post-apocalyptic action RPG series and figured I should channel some of my creative energy into an attempt to create my own vision of something in a similar vein.

In ignoring the common advice to start small I hope to accomplish something that I can be proud of, and have enough for myself to work on to not get bored (I seriously doubt that will be a problem

I have a background in software development, mostly web development but also quite a bit of Python, C#. Unsure if I will be using more Lua or C++ for this project, probably a mix of both as needed. I'm drawn to Leadwerks 4.1 after a frustrating several months experimenting with Unity to create a similar project.

So far, I feel like I have accomplished more in four days than I did in 6+ months of trying to make Unity work. The core issue I think is something I read in an article someone posted about Leadwerks (can't find it now, boo): I'm a programmer, this system just makes more sense to me.

* I should say that I have done a series of small experimental projects in Unity as well as many other frameworks, and once upon a time I was an art school student studying 3D animation, so this isn't exactly my first venture. Still, I might regret the scope I'm biting off here...