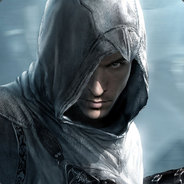 I finally got footsteps sounds to work properly on the correct material using triggers. But I have been unable to get a sound to be played at the correct time when the player jumps and lands on a material. How would I implement such a feature using a trigger?

EDIT: I manged to work this out in the end. I did this by making global variables of both the players jump status with the GetAirborne command and the players current speed using GetVelocity():Length command. I then made a jump trigger box combined with the necessary commands for collision detection. Upon player collision, my jump trigger sets a global isJumping variable to false (isJumping is set to true when the player leaves the jump trigger). Finally I added an if statement to check if the player is airborne and moving, if this is true then I set the isJumping variable to true. (Making sure to make an if statement in the character controller to play the landing sounds when the isJumping variable = true). Not very efficient at all but it does as it is intended. As this is my first project and experience with LUA I feel I can get away with it until I can think of a better method.

If anyone else is having this problem feel free to shoot me a message and I'll gladly tell you what I did and even share my code with you.

2 answers to this question