As the first release of Ultra Engine approaches, it seems clear that the best way to maximize its usefulness is to make it as compatible as possible with Leadwerks. To that end, I have implemented the following features.

Ultra Engine loads and saves DDS, glTF, and OBJ files. Other formats are supported by plugins, both first and potentially third-party, for PNG, JPG, BMP, TGA, TIFF, GIF, HDR, KTX2, and other files. Additionally, all Leadwerks file formats are natively supported without requiring any plugins, so you can load TEX, MDL, PHY, MAT files, as well as full Leadwerks maps. You also have the option to save Leadwerks formats in more up-to-date file formats such as glTF or DDS files with BC5/BC7 compression. 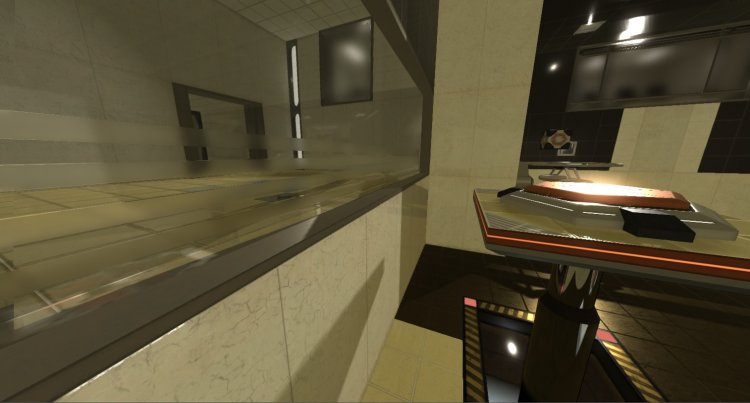 Testing a scene from the excellent Cyclone game (available on Steam!)

PBR materials are wonderful but act quite differently from conventional specular/gloss game materials. I've added a "Classic" shader family which provides an additive specular effect, which may not be realistic but it makes materials expect the way you would expect them to, coming from Leadwerks. When Leadwerks MAT files are loaded, this shader family is automatically applied to them, to get a closer match to their appearance in Leadwerks.

I've begun work on a Leadwerks header for Ultra Engine. You can drop this into your Ultra Engine project folder and then start running code with the Leadwerks API. Internally, the Leadwerks commands will be translated into the Ultra Engine API to execute your existing code in the new engine. I don't think this will be 100% perfect due to some differences in the way the two engines work, but I do think it will give you an easy way to get started and provide a gentler transition to Ultra.

This code will actually work with both engines:

I hope these enhancements give you a more enjoyable experience using Ultra together with the Leadwerks Editor, or as a standalone programming SDK.