I don't know which wizard you are talking about. Anyway for the sake of a better title and proper introduction let's get into it.
RPG's

Role play games range from your average nintendo ds game to your hardcore retro experience.
But what if you have tried so many rpg's and have found only very few specific ones that fit your style ? You make your own. 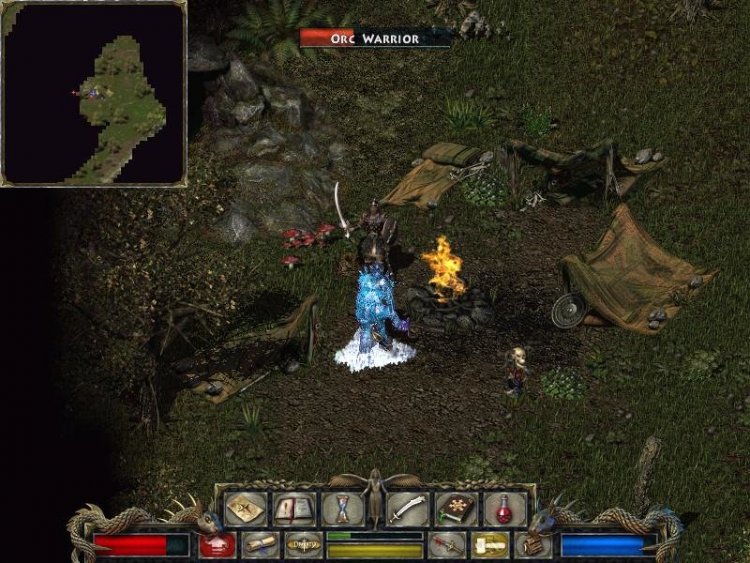 (you can reverse search if you want the source, but the screenshot is not by me)
..is a Diablo 2-like isometric classic 2003 rpg.
It has made its sales trough overflow of old CDs and had a 2nd debut in the digital release on steam.
What can I say about the game ? Anything that your classic rpg has ... but
- it had a huge variety of items and weapons that could craft you potions and so on. These all were randomly generated on the map in each playtrough.
- You could roam around the city in the north and try to steal something here and there and make some obscure quests in a underground secret facility...
or you could try to find the sacred three items that you could craft an ultimate item of your choice with and be in the end-game when you know how to speedrun it. Also it had a huge map with many interesting stuff and so on...
- The music of Kirill Pokrovsky, especially in the Divine Divinity game. (youtube playlist:)
https://www.youtube.com/watch?v=Iq60D8pmLxI&list=PLF83209B8D42B26DB
It has choir, orchestra and some very distinct sounding instruments like harpsichords, flutes, guitar and others.
Personally, I believe there is no better OST out there but you probably have your own "game" with that nostalgic OST.

I have attempted an RPG way back and i also wrote a blog about it probably but at that time I had not much experience in coding and a lot of other stuff on my mind to get that project to a presentable state.
However today I present you an endless procedurally generated walking simulator where you can shoot arrows (!)
You may call it an unfinished game prototype but I have received multiple messages to make a blog so here it is... 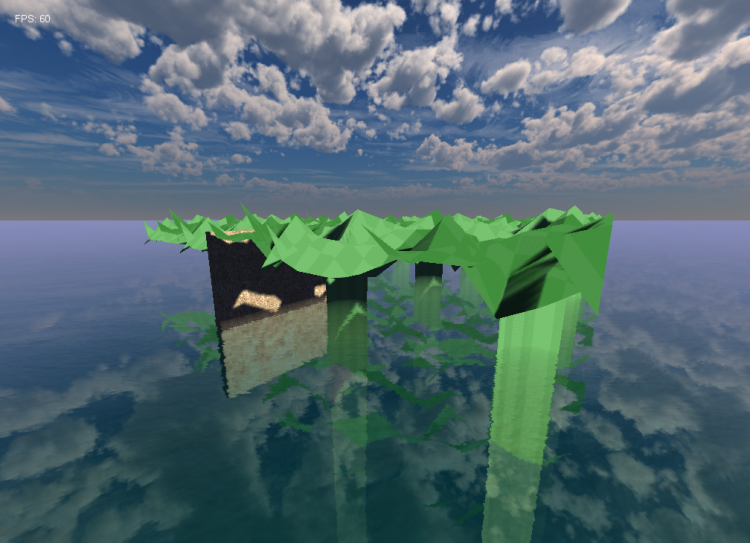 This is where the world generator started. It had a repeating pattern and also some bugs and no texture generation or any props.
Also it had huge lag when baking new terrain.
This is a video from today. It seamlessly generates new terrain without lag, and I even managed to write a procedural generated texture shader with help of havenphillip. All you can see was generated without my interference


(or click here : https://www.youtube.com/channel/UCwCWs0ZGpRmx40o8ZiynlOg)
As you can see, the features are an inventory/crafting system, basic combat system and animaitons.
However, the inventory seems to be hidden in this video because it is cropped.
If you want to see more videos, please click the link.

The game
Its not a definitive decision so here it is : Runenrise
The main concept is that the player will customize their character with the items they found,
and kill foes as well as find runes with powerful spells or runes for incarnating banned monsters.
Where is the twist ?
1. All of it will be randomly / procedurally generated. If you visit an area twice it will generate everything exactly like before,
down to each blade of grass. (Yes I am working on a grass shader as opposed to the green grass there is now)
If you share a seed with your friends, they will also see a perfect replica of that world.
2. NPC with randomly generated "nearby" quests. This one seems really hard to implement, however
I will try to keep it as simple as possible at first then work my way up to what is possible.
3. Unique weapons and enemies stats placed in boxes, barrels etc around the world.
4. Dungeons. Again, huge topic but can be cut down a lot for a prototype. I am talking any type of dungen,
such as a graveyard on the outside or an inside of a room or a huge catacomb system. Each of which is not much harder to program
than the others. I have programmed a Unity game before with my own dungeon generator of which I learned a lot from.

With the help of you guys (community is the main reason I stick to Leadwerks)- and sites such as arteria3d which used to be active back somewhere in 2015 on the leadwerks forums and now apparently have moved on to https://arteria3d.myshopify.com (not affiliate but friendly tip).

I like the idea of making a "prototype" game to test its concepts, but for this project I have a different approach.
The most basic things such as world generating should work flawlessly and without bugs first, to stress the boundaries of the engine and myself.
For this there needs to be a good amount of detail, and every system that builds on the previous one needs to be game ready and not break in combination with stuff I want to do in the future.
This requires that every part of the system needs to be in a well furbished state. As you can see from the video I tried to do this very much.

Throughout the development in the last month and a half I had so many ideas to write in this blog but i would write more than program, but I am very eager to answer your questions if you have any. I will go into detail of the shader in near future but want to furbish it further. A simplified version of both shader and world generation are either on steam workshop or on this sites workshop.