I've now got the Vulkan renderer drawing multiple different models in one single pass. This is done by merging all mesh geometry into one single vertex and indice buffer and using indirect drawing. I implemented this originally in OpenGL and was able to translate the technique over to Vulkan. This can allow an entire scene to be drawn in just one or a few draw calls. This will make a tremendous improvement in performance in complex scenes like The Zone. In that scene in Leadwerks the slow step is the rendering routine on the CPU churning through thousands of OpenGL commands, and this design effectively eliminates that entire bottleneck. 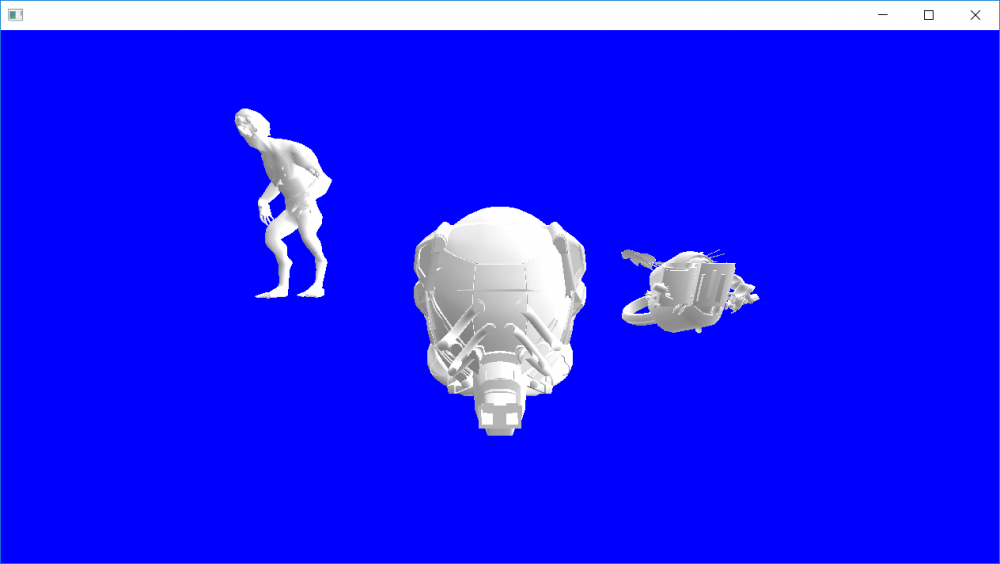 There is no depth buffer in use in the above image, so some triangles appear on top of others they are behind.

Vulkan provides a lot of control when transferring memory into VRAM, and as a result we saw an 80% performance improvement over OpenGL in our first performance comparison. I have set up a system that uses staging buffers to transfer bits of memory from the CPU into shared memory buffers on the GPU. Another interesting capability is the ability to transfer multiple chunks of data between buffers in just one command.

However, that control comes at a cost of complexity. At the moment, the above code works fine on Intel graphics but crashes on my discrete Nvidia card. This makes sense because of the way Vulkan handles memory. You have to explicitly synchronize memory yourself using a pipeline barrier. Since Intel graphics just uses system memory I don't think it will have any problems with memory synchronization like a discrete card will.

That will be the next step, and it is really a complex topic, but my usage of it will be limited, so I think in the end my own code will turn out to be pretty simple. I expect Vulkan 2.0 will probably introduce a lot of simplified paths that will become the default, because this stuff is really just too hard for both beginners and experts. There’s no reason for memory to not be synced automatically and you’re just playing with fire otherwise.