Three years ago I realized we could safely distribute Lua script-based games on Steam Workshop without the need for a binary executable.  At the time this was quite extraordinary.
http://www.develop-online.net/news/update-leadwerks-workshop-suggests-devs-can-circumvent-greenlight-and-publish-games-straight-to-steam/0194370

Leadwerks Game Launcher was born.  My idea was that we could get increased exposure for your games by putting free demos and works in progress on Steam.  At the same time, I thought gamers would enjoy being able to try free indie games without the possibility of getting viruses.  Since then there have been some changes in the market.

Most importantly, the numbers we see on the Game Launcher just aren't very high.  My own little game Asteroids3D is set up so the user automatically subscribes to it when the launcher starts.  Since March 2015 it has only gained 12,000 subscribers, and numbers of players for other games are much lower.  On the other hand, a simple game that was hosted on our own website a few years back called "Furious Frank" got 22,000 downloads.  That number could be much higher today if we had left it up.

This isn't to say Game Launcher was a failure.  In many cases, developers reported getting download counts as high or higher than IndieDB, GameJolt, and itch.io.  This shows that the Leadwerks brand can be used to drive traffic to your games.

On a technical level, the stability of Leadwerks Game Engine 4 means that I have been able to upgrade the executable and for the most part games seamlessly work with newer versions of the engine.  However, there are occasional problems and it is a shame to see a good game stop working.  The Game Launcher UI could stand to see some improvement, but I'm not sure it's worth putting a lot of effort into it when the number of installs is relatively low.

Of course not all Leadwerks games are written in Lua.  Evayr has some amazing free C++ games he created, and we have several commercial products that are live right now, but our website isn't doing much to promote them.  Focusing on distribution through the Game Launcher left out some important titles and split the community.

Finally, technological advancements have been made that make it easier for me to host large amounts of data on our site.  We are now hooking into Amazon S3 for user-uploaded file storage.  My bill last month was less than $4.00.

It is for these reasons I have decided to focus on refreshing our games database and hosting games on our own website.  You can see my work in progress here.
https://www.leadwerks.com/games

The system is being redesigned with some obvious inspiration from itch.io and the following values in mind:

There are two possible reasons to post your game on our site.  Either you want to drive traffic to your website or store page, or you want to get more downloads of your game.  Therefore each page has very prominent buttons on the top right to do exactly this.

Each game page is skinnable with many options.  The default appearance is sleek and dark. 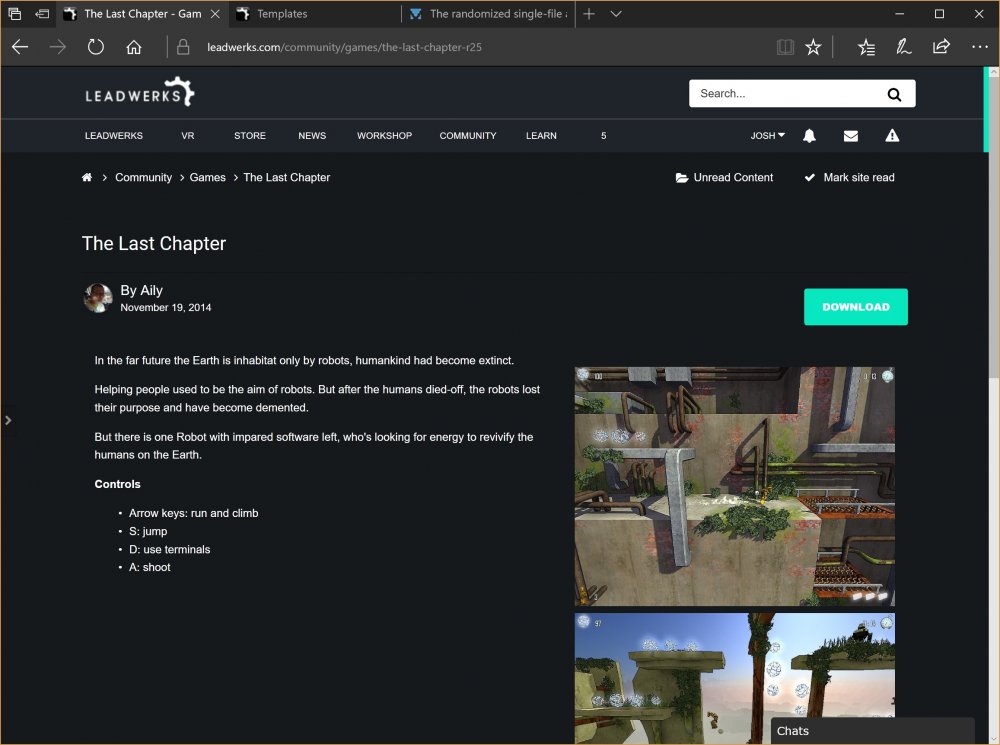 You can get pretty fancy with your customizations. 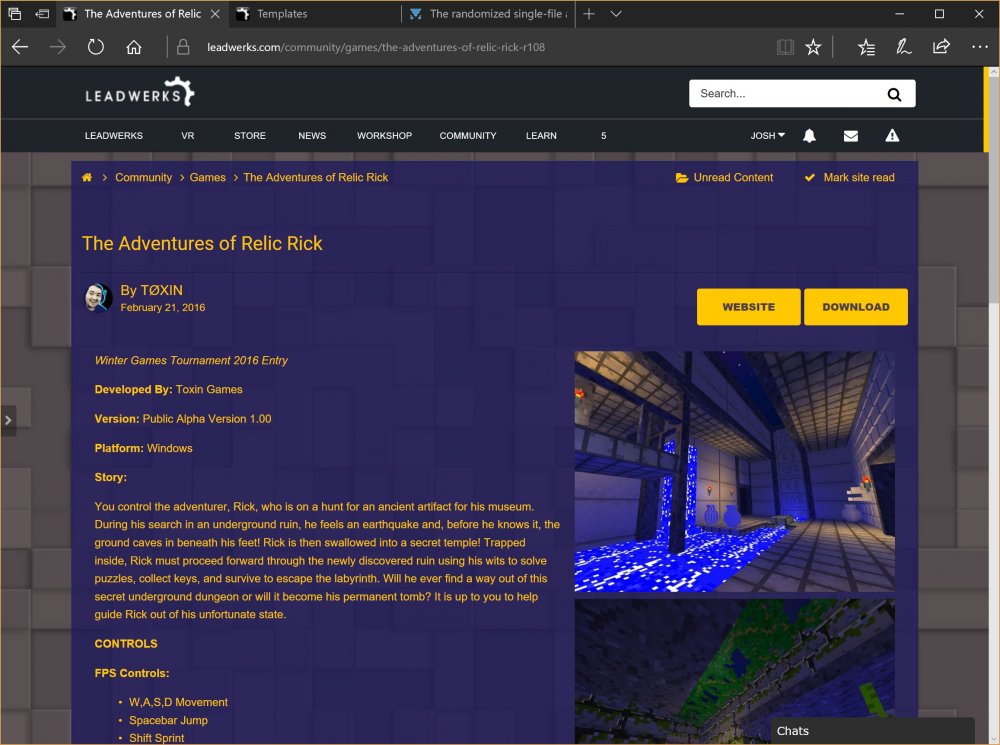 The templates still need a lot of work, but it is 80% done.  You can begin playing around with the options and editing your page to your liking.  Comments are not shown on the page yet, as the default skin has to be overridden to match your page style, but they will be.

You can also post your Game Launcher games here by following these steps:

You can also select older versions of Game Launcher in the Steam app properties if you want to distribute your game with an older executable.

There are some really great little games that have resulted from the game tournaments over the years, but unfortunately many of the download links in the database lead to dead links in DropBox and Google Drive accounts.  It is my hope that the community can work together to preserve all these fantastic gems and get them permanently uploaded to our S3 storage system, where they will be saved forever for future players to enjoy.

If you have an existing game, please take a look at your page and make sure it looks right.

Some of the really old stuff can still be grabbed off our Google drive here.

I appreciate the community's patience in working with me to try the idea of Game Launcher, but our results clearly indicate that a zip download directly from our website will get the most installs and is easiest for everyone.