Leadwerks Game Engine 3.5 is now available on Steam. Along with version 3.5, we're rolling out a new tutorials to teach you everything you need to make games. A step-by-step series of lessons teaches how to use the editor, write Lua scripts, and create gameplay. No preexisting knowledge is required. Read the new material here.

A new project templates system has been added. This provides different game types you can choose from to create a basic playable game in a few seconds. We're launching with a marble game and a first-person shooter, with additional game templates on the way. 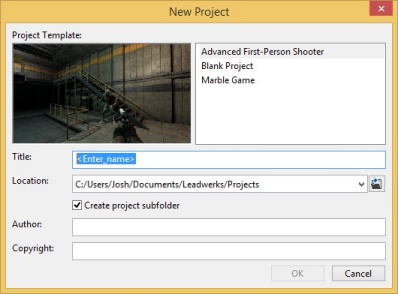 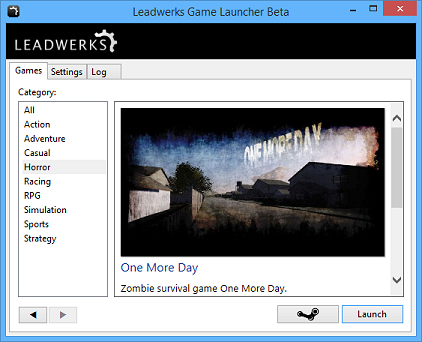 Leadwerks Workshop has been upgraded to use the SteamUGC system. This allows unlimited storage space to upload your game assets for others to use, or download and use more than 140 game items from the community.

This update adds CSG boolean operations carve and hollow. This makes it easier to build game levels. With these tools you can cut a window or doorway out of a wall or join two hallways. Learn more about the new features here.

A new file "Main.lua" has been introduced as the entry point for your game's script program. The new approach simplifies the main program code, and existing projects will be unaffected.

Leadwerks Software was founded in 2006 to make game development fun and enjoyable. The company launched Leadwerks Game Engine 3.0 in April at the GDC 2013 expo. In July 2013, the company conducted a successful Kickstarter campaign to bring Leadwerks to the Linux operating system, reaching over 200% of their goal in just six weeks. A concurrent Greenlight campaign for Steam was also successful, making Leadwerks the first third-party 3D game engine distributed on Steam.
Share
Followers 0