So school time is over. I graduated from the Hogeschool of Amsterdam as a Game Developer which means I can officially put 'ing' (from engineer) in front of my applicant name. Now that the 'study' period of my life is over (although it isn't really, right? I mean when do you ever stop learning!) it is time to get a job and start earning some money.

For the past 6 months I did my thesis internship at Guerrilla Games. Which was awesome. I was surprised at first that they offered me a internship and being it was an opportunity of a lifetime, I gladly accepted it.

I spend most of my time on research rather than doing programming. But still, I spend a solid 2 months digging myself in to the engine, tools and what not the company has been developing over the years. Overwhelming, insanely complex and mesmerizing at the same time, I slowly began to understand the enormous process of making a AAA game. How they are able to produce games like Killzone is, from my point of view, a pure miracle.

I did gain a lot of new experience in C++ since I was stationed between the Game coders. Working with Game designers was a lot of fun since I never ever worked in a team before which had team members which had such focused tasks. I met some very cool people along the way. One of them was John Gonzalez, who was the lead writer for Fallout New Vegas. It was so inspiring and awesome to have such people surrounding me. Also really cool: the building was located in the centre of Amsterdam near a beautiful canal. 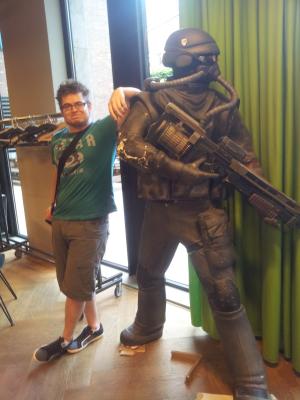 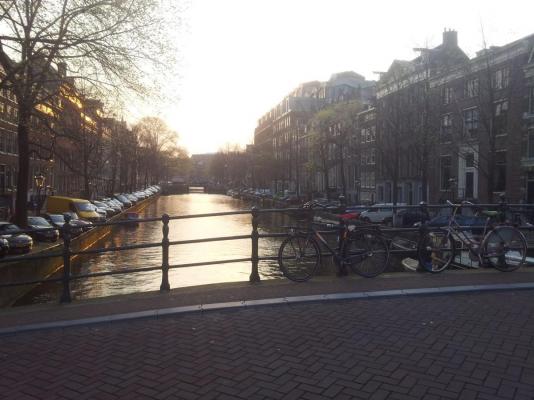 So with a certificate in my pocket and a cool intership on my resumee it is now time to start seeking a job. Game developer jobs are not super scarce but it is not that you get a job without making any effort. I have yet to send out my first job applications but remarkably I did get a lot of offers to work as a software developer or web developer. That is kind of motivating and I am sure that if a job in the game development stays out, I will go for one of those. But my passion lies with games and a job in the game industry would have my preference. We'll see how it goes..

In the mean time I am busy on my own project as well as a new tutorial series going under the name of 'Project Saturn'. The idea here is that we make a playable level and in each video we see the development take a direction. Nothing is really predetermined in to what kind of game it eventually should turn out to be. All assets and scripts needed for the tutorials are either created during the tutorials or they are already part of the Leadwerks SDK. If you have some nice gameplay mechanic that would be a good idea to add, you can leave a comment. Maybe it is something we can add if it is not to massive to implement during a video.