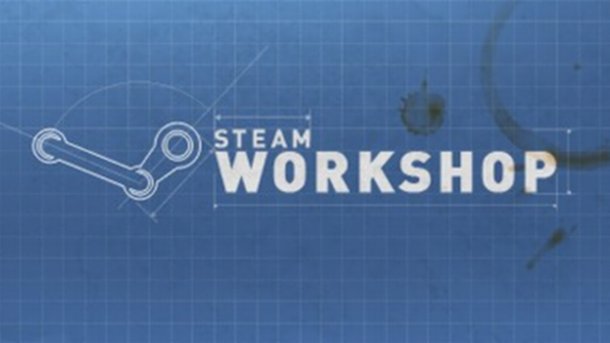 Leadwerks Software today announced the release Leadwerks Game Engine 3.2, the newest version of their game development software on Steam. This update brings integration with Workshop, Steam’s system for user-generated content. The Leadwerks Workshop gives developers a head start by launching with more than 50 free packages of content ready to be used to make games.

“Leadwerks was created to give people who love games the freedom to create something of their own”, said Leadwerks CEO Josh. ”With version 3, we basically nailed the workflow. There’s always more features you can add, but we basically have the technology problem solved. Once you get to that point, the next thing that comes up is content. Developers need lots of content to choose from. The Leadwerks Workshop on Steam leverages our community so we can all collaborate more effectively.”

The Leadwerks Workshop has some features similar to existing stores like Turbosquid or the Unity Asset Store. You can browse and install various third-party model and texture packs. However, the Leadwerks Workshop takes collaboration a step further. Derivative works are supported, meaning items in the Workshop can be used to make new items that can be published. For example, it’s possible to take a gun from one author, mount it on a vehicle someone else made, and publish the assembly as a new item. “With traditional content stores, artists are always worried about people ripping off their work,” explains Josh. “This kind of flips the equation. Now you want people to reuse your work, because any derivative items they publish always link back to your original.” 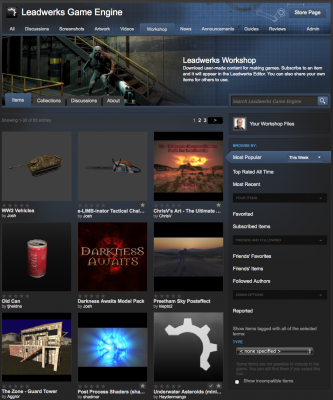 Game content isn’t the only thing that can be distributed through the Leadwerks Workshop. Games themselves can be published to Steam via the Workshop, with no waiting period and no approval process. This allows developers to get their game in front of an audience and build a following, without going through the Greenlight process.

Leadwerks Software was founded in 2006 to build powerful game development tools that are easy to use. The company launched Leadwerks 3, their first multi-platform product, in April 2013 at the GDC expo. Last summer, the company conducted a successful Kickstarter campaign to bring Leadwerks to the Linux operating system, reaching over 200% of their goal in just six weeks. A concurrent Greenlight campaign for Steam was also successful, making Leadwerks the first 3D game engine approved for distribution on Steam.
Share
Followers 0