Leadwerks Game Engine on Steam and standalone versions have received a major update that include enhancements to the workflow and new features.

The FBX model importer will now auto-generate materials for imported models, and select the appropriate shader to use. This even works with animated models that use GPU skinning, so it's super easy to get new models into Leadwerks. Other enhancements include support for multi-track animations and animation sequence names. 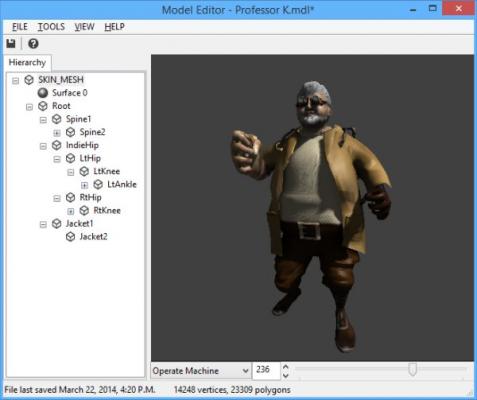 Lua script post effects are now supported in the editor. This allows a greater range of plug and play post-processing effects. Scripts and shaders can be modified in real-time and the results are instantly visible, allowing you to fine tune the look and feel of your game. 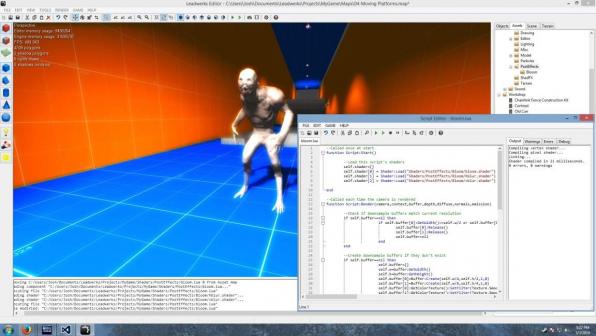 Physics shapes can now be built into models for easy creation of physics. More advanced physics shapes can be created from constructive solid geometry brushes or auto-generated, but the new feature simplifies the task of defining physical geometry for most models. 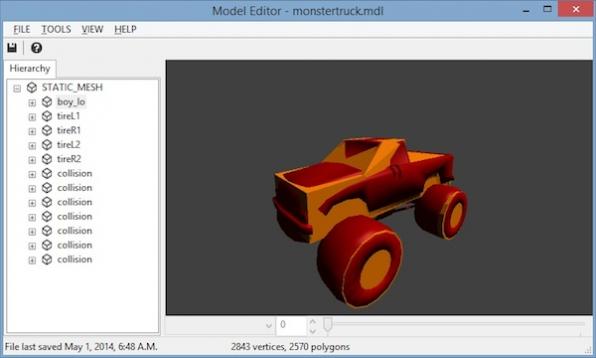 A sharpen filter has been added to the built-in texture editor. Unlike paint programs like Photoshop and Gimp, the filter operates at every level of the mipmap chain. This means that fine details aren't washed out as the image is downsampled, and makes far away objects still look crisp and clear. Blurry stock photos can be easily transformed into beautiful game-ready textures, and the effect is adjustable so you can view the results instantly to get just the right look.

Controls for texture compression have been added, allowing you to select which DXT compression format to use, as well as support for the new DXTn compression format. This swizzles the blue and alpha channels in the texture to provide greater resolution for normal maps and eliminate the blocky artifacts compressed normal maps can experience. 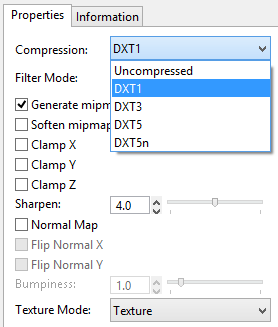 Finally, the Linux build has received a refresh to update it to the visual style of Ubuntu 14.04. A new icon set makes Leadwerks for Ubuntu look sleek and professional just in time for its release in the Ubuntu Software Center: 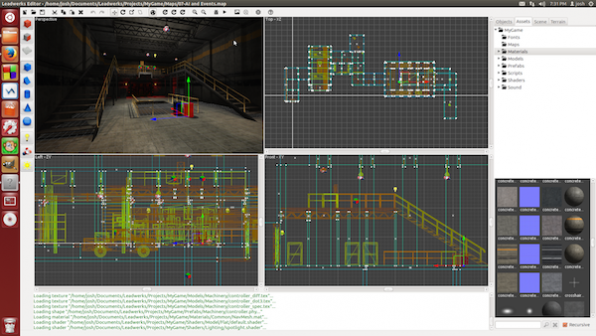 All of these features help make Leadwerks the easiest way to make games that look amazing. Thousands of developers worldwide are using Leadwerks to create a diverse range of games, including first-person shooters, strategy games, and flight simulators.

Leadwerks Software was founded in 2006 to build powerful game development tools that are easy to use. The company launched Leadwerks 3, their first multiplatform product, in April at the GDC 2013 expo. Last summer, the company conducted a successful Kickstarter campaign to being Leadwerks to the Linux operating system, reaching over 200% of their goal in just six weeks. A concurrent Greenlight campaign for Steam was also successful, making Leadwerks the first 3D game engine approved for distribution on Steam.